ART, MUSIC AND HATS IN A 5-STAR LUXURY HOTEL IN ROME
In the heart of Rome there is a prestigious building overlooking Via delle Muratte, along the fascinating path connecting the Pantheon with the Parliament and the Trevi Fountain, which boasts the record as the busiest pedestrian area in Europe. Formerly called 'The street of artists', it’s where the painters' ateliers lived together with antique dealers' shops and quality craftsmanship workshops.
In this very particular context, RPM Proget, the Roman studio with a consolidated know-how in the design and realization of food spaces, has carried out an important project for a five-star luxury premise, the Maalot Hotel, which is now being completed with forecasted opening December 2020. The owner is an Argentine entrepreneur who already owns other successful hotels.
The building housing the Maalot Hotel is on four floors for about 3,000 square meters and looks like an elegant ‘palazzo’ of the 19th century where, between 1828 and 1837, the great composer Gaetano Donizetti, author of operas such as the 'Elisir d'amore' and 'Don Pasquale', wrote 'Il Furioso di San Domingo' and 'Torquato Tasso' within these walls.The building is located near another important location realized by RPM Proget, the Baccano restaurant, a reference point for Roman restaurants and a well-known destination for a large gourmet clientele.

BRITISH STYLE IN ROME
The Maalot Hotel features a truly 'British' style and recalls the atmospheres of an English residence from various aspects: the fabric wallcoverings, the carpet flooring, the furnishings, the lamps and the colours of the 30 rooms, each one different from the other. This outstanding personality is completed with details such as the choice of physical keys instead of magnetic cards to create the feeling of a manor, rather than a hotel. Precisely for this reason, comfort is at the core of the project, from the rooms to the common areas, from the soft textiles to the smooth and harmoniously mixed colours.
Whilst a rather common situation abroad, in Rome it’s quite unusual to enter the restaurant area to access the hotel rooms: at the Maalot Hotel, a hostess recognizes the guests, accompanying them to the table if they have booked at the restaurant, or addressing them to the hotel area, if guests want to retire to their room.

ROOMS
The rooms are classified according to useful surface, from the classic 16 square meters with double bed to those between 25 and 27 square meters, from rooms with living area to more important spaces in the form of mini-apartments with a small living room and a library, or with spectacular stone fireplaces.
A common feature of the rooms is the presence of a walk-in closet made-to-measure in Daniela walnut wood with an area for hangers and shoe racks and one for the chest of drawers with the refrigerator and a shelf for the built-in safe inside.
Bathroom are divided into two separate areas covered in open-scrub arabesque Calacatta marble, like the countertop of the washbasins. The two rooms in the attic feature precious Portoro marbles with black background and gold veins giving a refined and relaxing atmosphere, also due to the Daniela wood, a very blond walnut used in the bathroom, that blends with Portoro marble and its black and gold background.
Special attention has been paid to the textiles in the rooms, where fine fabrics cover the walls with a harmony of colours pleasantly coordinated with other textile elements such as the curtains, the padded headboards and the upholstered chairs, armchairs and sofas. A carpet in different colours different from room to room has been used for flooring.

WHEREVER I LAY MY HAT...
But that's not enough: the paintings inside the rooms are inspired by a song by Marvin Gaye: 'Wherever I lay my hat, that’s my home'. This concept is widespread in the interiors to communicate the idea of being at home and for this reason, the hat is the main actor of the graphic illustration inside the rooms, resulting in a coherent story that also continues in the restaurant, to follow the theme of the 'art gallery' in line with the artistic soul of via delle Muratte.

THE RESTAURANT
All the aspects that have inspired the genesis of this noteworthy work by RPM Proget ideally converge in the design of the restaurant, a location with about 60 seats designed for a niche clientele.The choice of colours has been oriented towards soft tones, where greens and beiges prevail, with lush plants that descend from a closed skylight, while the flooring is made up of an aged oak parquet in a warm honey tone.This space expresses the 'green' vision that never fails in RPM Proget's works and that has found here the right conditions to create a unique and evocative environment and a fully immersive experience that blends historical charm and elegance.The restaurant is like a living room surrounded by green curtains, a secret garden in the heart of Rome. The restaurant rooms are designed as an elegant art gallery where painters exhibit their evocative paintings, as it happened when this was the 'street of artists'.Exploring the main restaurant room and the lounge, where the cocktail counter is located, you almost accidentally run into the reception, housed in a refined study showcasing a rich selection of books available to guests.

LIGHT AND SOUND
Lighting is a point of pride in this project, because each single lamp in the bedrooms (table lamps, reading lamps, frame lamps, abat-jour) and in the common areas, was designed by RPM Proget in a full creative expression and on own design: particularly impressive is the chandelier in the restaurant which is 180 cm width by 180 cm high.The theme of acoustics is about the whole project, having seen an overall structural intervention both on the floorings and on the walls with the application of gypsum fiber and Silent Diamond panels that reduce noise. The idea of 'dressing the rooms in fabric' further contributes to lower the noise, instinctively inviting to keep the volume of voice down: the carpet floor and the padded fabric coverings create a muffled effect that leads to the maximum soundproofing effect.All fabrics are fireproof in compliance with the standards. To overcome the limited variety of colours and decorative motifs of this type of product, custom-made fabrics from Italian manufacturers have been used, taking advantage of charming and original decorations combined with the requested flame-retardant performance.

TO STAY IN SHAPE
The hotel offers a gym of almost 100 square meters. Whilst many hotels offer classic equipment and anonymous spaces, a 'furnished' gym has been created here with mirrors and ebonized wood panelling giving an effect of great comfort. An ‘Omnia’ machine has been installed in collaboration with Tecnogym, a mix of free body and tools introducing a new philosophy that makes the environment fresh and exciting.

THE GLOBAL PROJECT
Maalot is the first experience of ‘global hotel project’ made by the studio’s team, who took care of the whole design from the basement hosting the bathrooms and the gym to the penthouse on the sixth floor. In this hotel, each item is the result of a creative process by RPM Proget, initially not even foreseen, but which has grown more and more, until coming to involve the frames of the paintings. 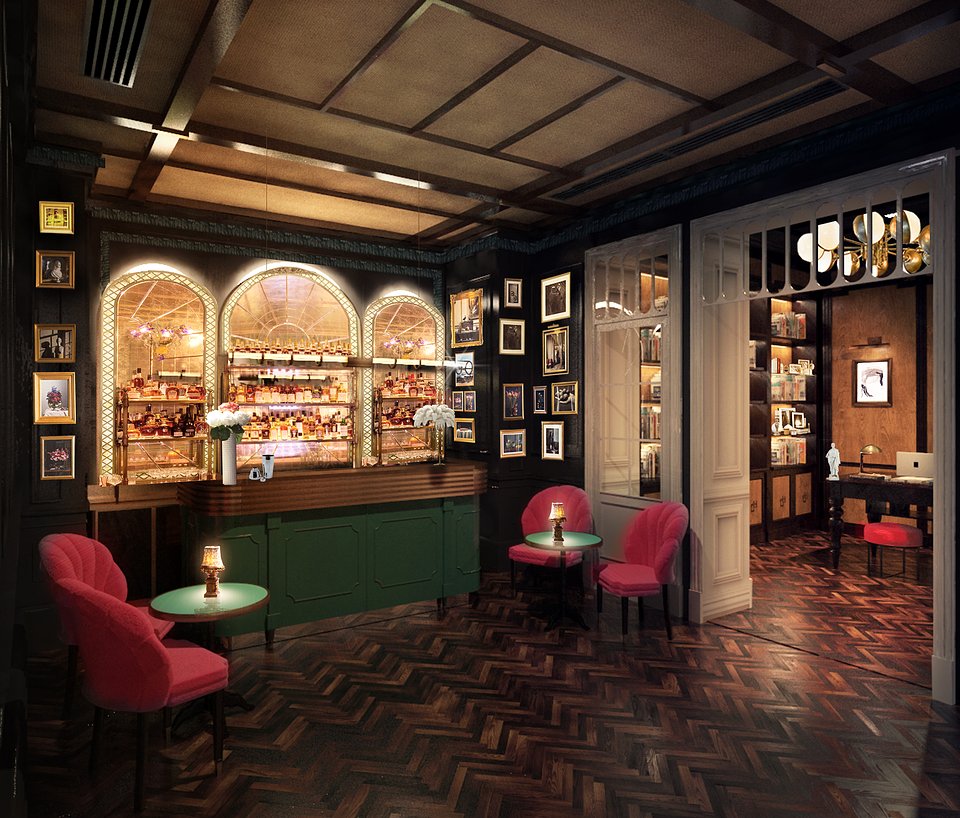