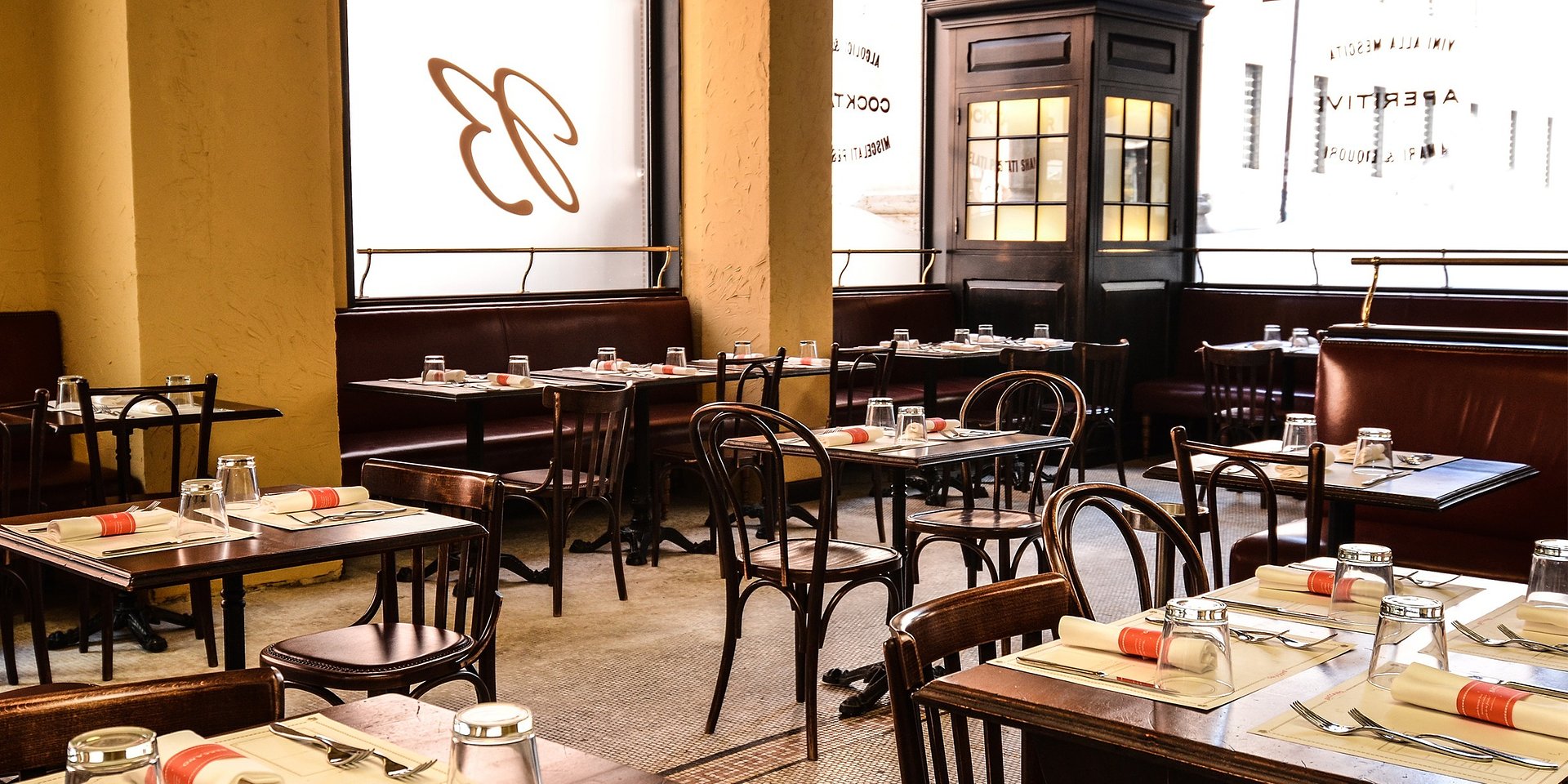 UN NUOVO CONCEPT DI RISTORAZIONE A ROMA
The RPM Proget Studio in Rome is a reality of great vivacity and strength of proposal in the furnishing and renovation of food spaces. No doubt, ‘originality’ is a major inspiring principle of RPM Proget's design approach. Since restaurants are currently characterized by an overabundant and multifaceted offer and customers are more and more demanding, it is crucial to give each restaurant an original allure, a touch of personality and the capability to fascinate the visitor, regardless of the type of food offered. And all this, in a context of basic fundamentals, which can effectively support a brilliant and attractive storytelling.

Realized by RPM Proget between 2010 and 2011, today Baccano is one of the most famous restaurants in Rome and its concept finds inspiration from New York’s Balthazar.  Furnishings have been manufactured by Italian cabinetmakers who were inspired by the style of French bistro. That’s how the designers describe their approach : "Our project is based on the search for old values: there are artisans who work in partnership with us and continually search for original vintage accessories, allowing to give particular flavour and atmosphere to our furnishings ". Baccano fascinates with its refined and cosmopolitan retro touch and highlights the vintage soul of the furniture in the sofas and the wooden benches facing the counter, which evoke 19th-century furnishings and Parisian atmospheres.

The entrance to the restaurant, directly overlooking the attractive Via delle Muratte, 50 meters away from the Trevi Fountain, invites to drop in and allows to take a glance at the tables inside, while the menu is being read on a wrought iron lectern. Behind an elegant reception desk, a hostess welcomes customers entrusting them to the care of a staff of waiters, whose roles are perfectly assigned. The open kitchens of Baccano are a show by themselves with the 'dance' of the cooks in their elegant uniforms giving life to a relaxing and charming choreography; the kitchens are separated from the dining room by a French Thirties-style stained glass window where an impressive clock stands out.

Other details that make the place beautiful are the tin ceiling coming from New York, the sphere lamps and the cast iron tables recovered from an old French bistro on the bank of the Seine, while the six large vintage fans with wooden blades come from former British colonies of the late 19th century. The bar counter merges the warmth of dark wood with the reflections of shiny pewter. An impressive shelving behind the barman showcases a rich and spectacular selection of spirits in a kaleidoscope of colours. All in all, we are speaking of a new concept of food space in Rome and actually Baccano’s success in terms of number and quality of customers has only a few comparisons in the city. 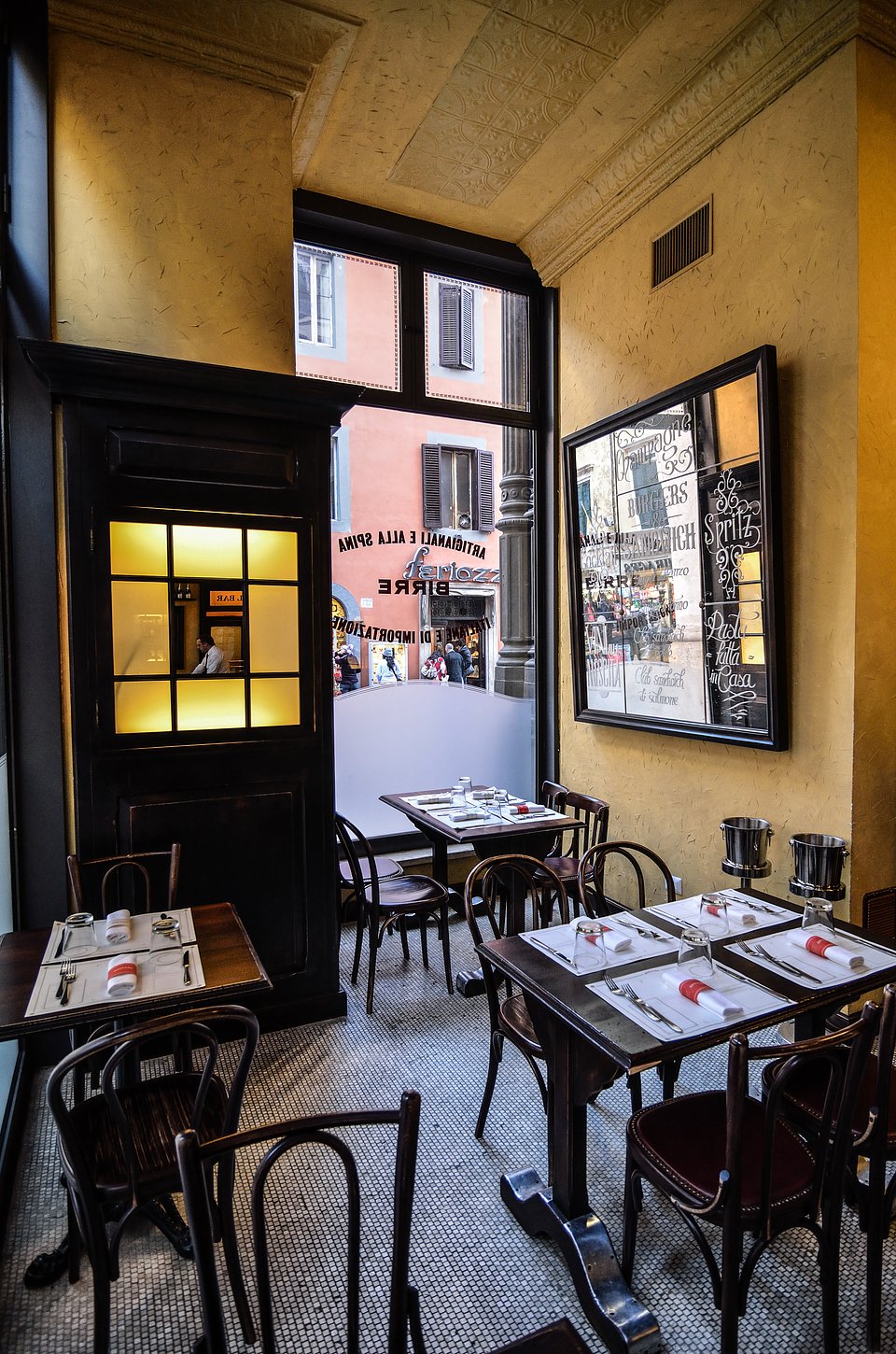