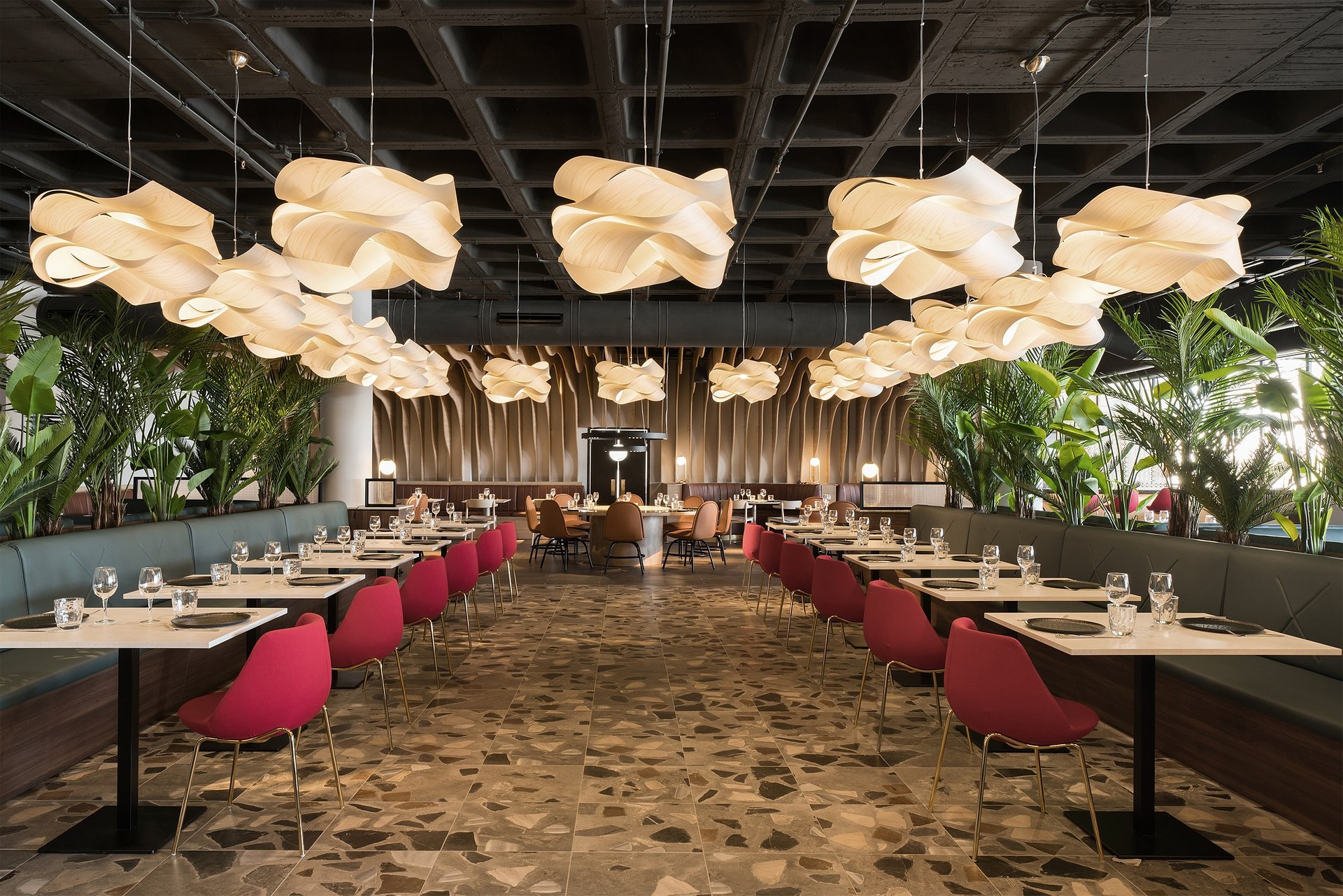 A RESTAURANT IN TENERIFE WATCHED BY A MILLENNIAL DRAGO

“Transformation of the DRAGON into a MILLENARIAN DRAGO, to create an ATMOPHERE of fantasy and dreams”

The volcanic nature of Tenerife, the underground world and the infinite skies above the Canary archipelago echo in the design of the furnishings and spaces in the Ladon Brasa&Grill Restaurant of the Fantasia Bahia Principe Hotel of the Piñero Group.
The basic inspiration of this project by the Valencian studio estudi{H}ac comes from the image of the dragon. The configuration of the restaurant layout - which covers an area of 660 square meters.
The place is guarded by an imposing dragon with one hundred heads. Its name is LADON and, according to Greek mythology, together with the nymphs of the Hesperides, it was responsible for guarding the garden. The fire that sprouts from the volcano is as fierce as the fire that comes out of its mouth when a visitor approaches the tree of golden apples it so zealously protects.
estudi{H}ac, has used it as the base of this exciting story to distribute the layout of the restaurant in different areas with various textures, sensations and colours, combining areas with tables and tailor-made benches adapted to each part of the legend (transformation of the Dragon into a Millenarian Drago) to create an atmosphere of Fantasy and Dreams. 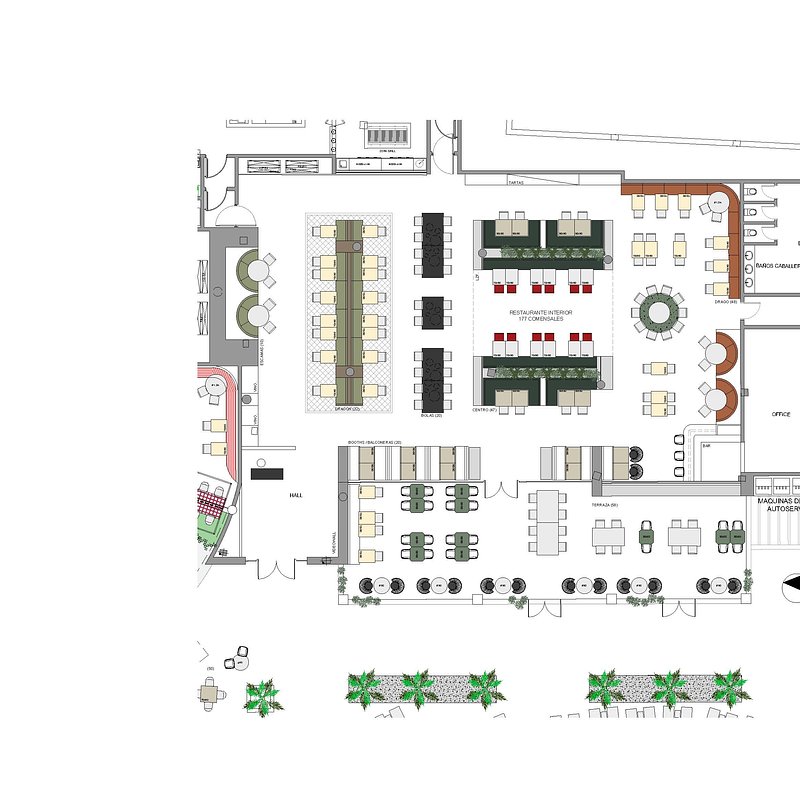 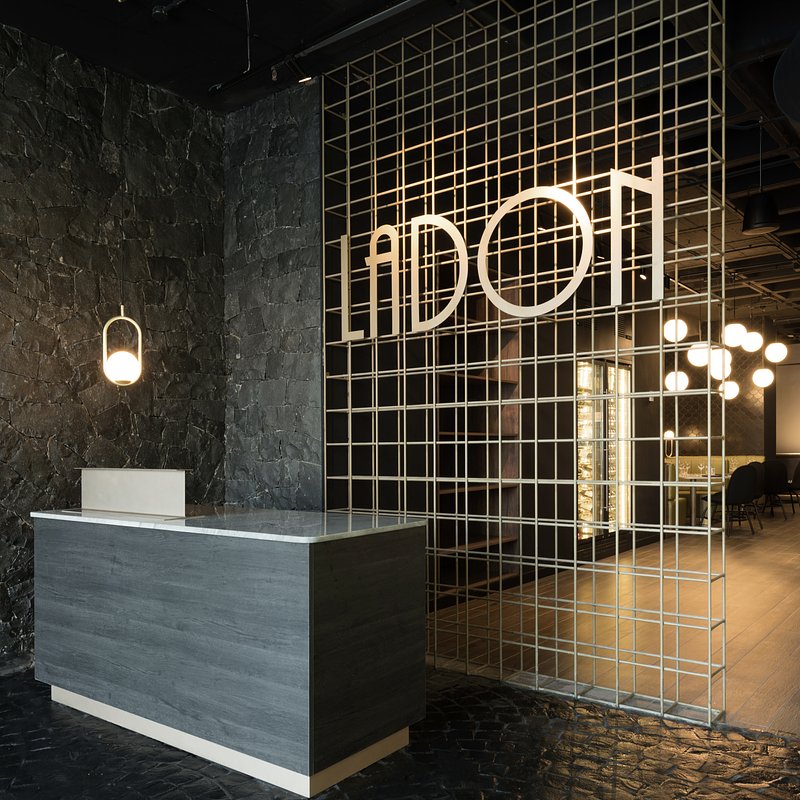 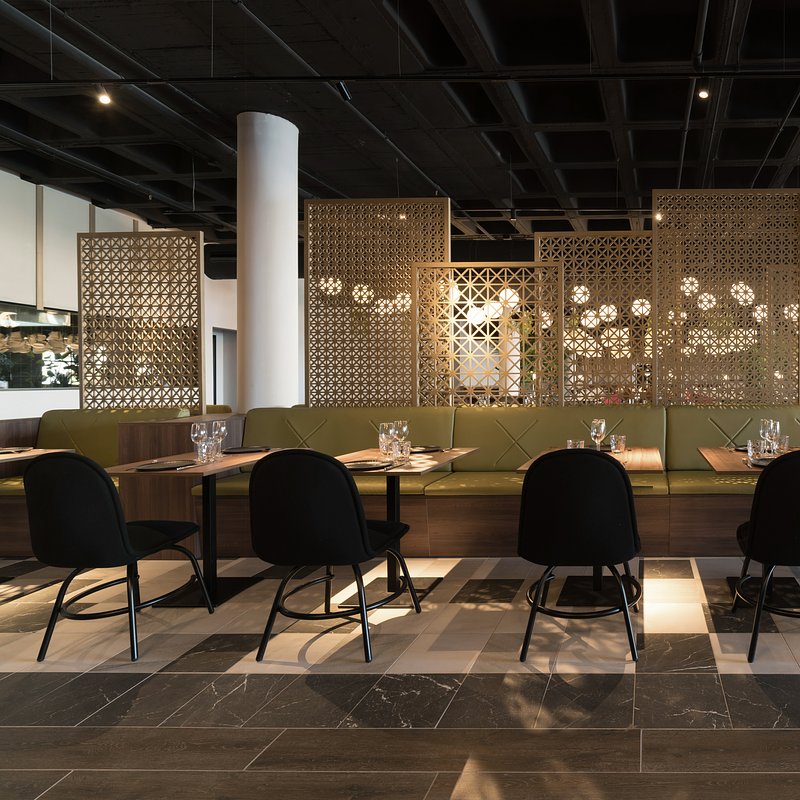 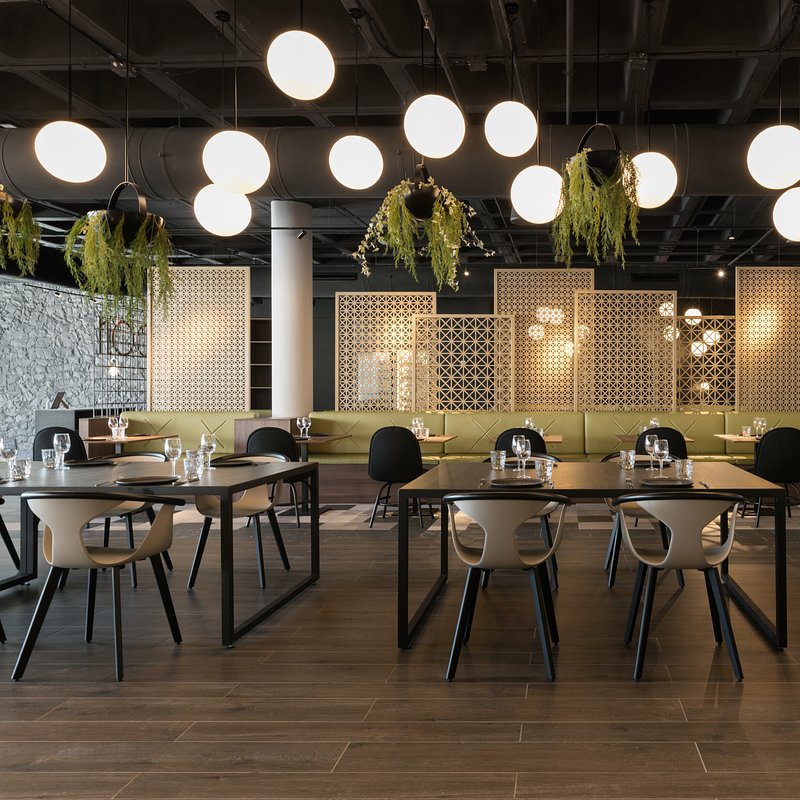 The selection of colours on which the project is based is dominated by ash and splashes of earth, green and red. Volcanic stone walls and floors, copper structures, black ceramic scales and a large image of a dragon's skin come together to create a tenuous atmosphere in the lobby.
The fire is represented by an imposing barbecue that opens up on to the central axis of the space. The heart of the dragon is red and crowned with a set of lights that symbolize its tail.
The island's folklore and its interesting plant life is represented by the peculiar morphology of the Drago, transformed into a large structure of wooden slats that simulate the characteristic forms of the tree to generate a whole new area with tables inside the space.
The terrace includes all the architecture and crafts of Tenerife by means of a system of lattices around the outdoor terrace and the floor takes the form of a large black sand beach with custom-designed graphics.
All the perfect harmony of forms and texture transmitted in the Restaurant is achieved thanks to the combination and selection of furniture and lighting by established companies. 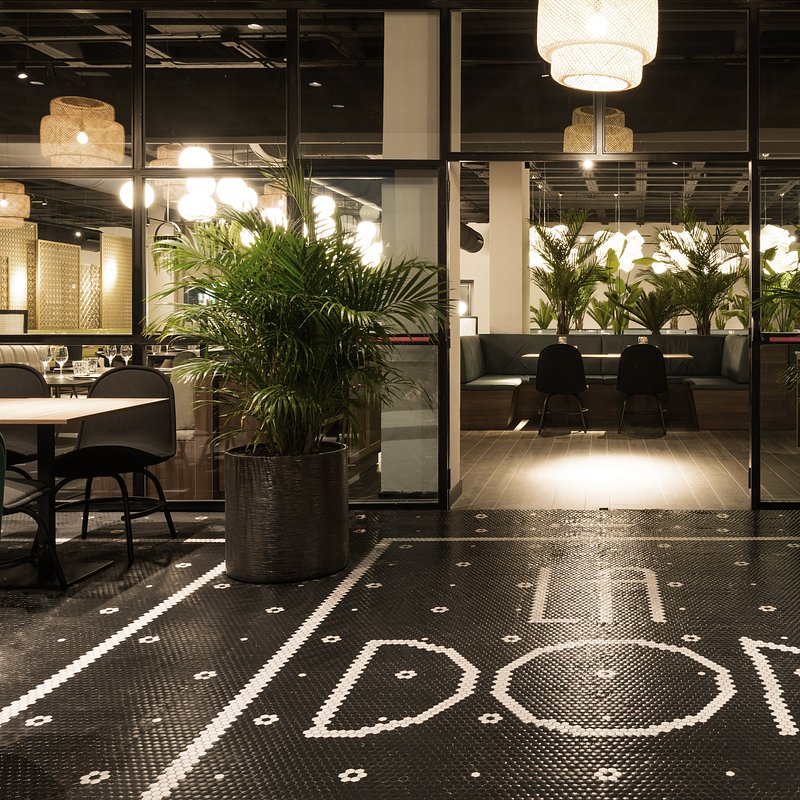 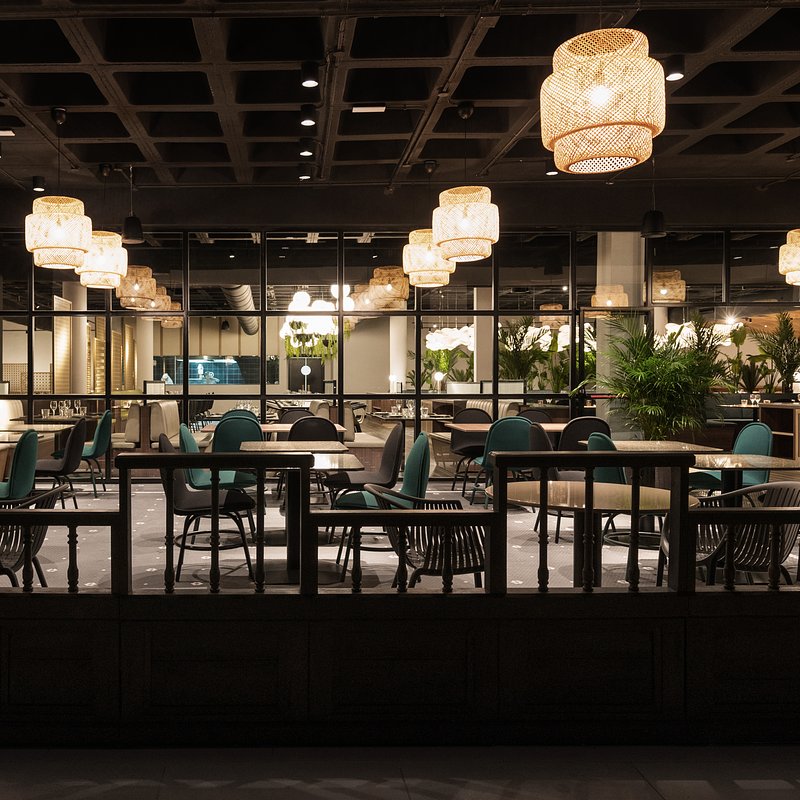 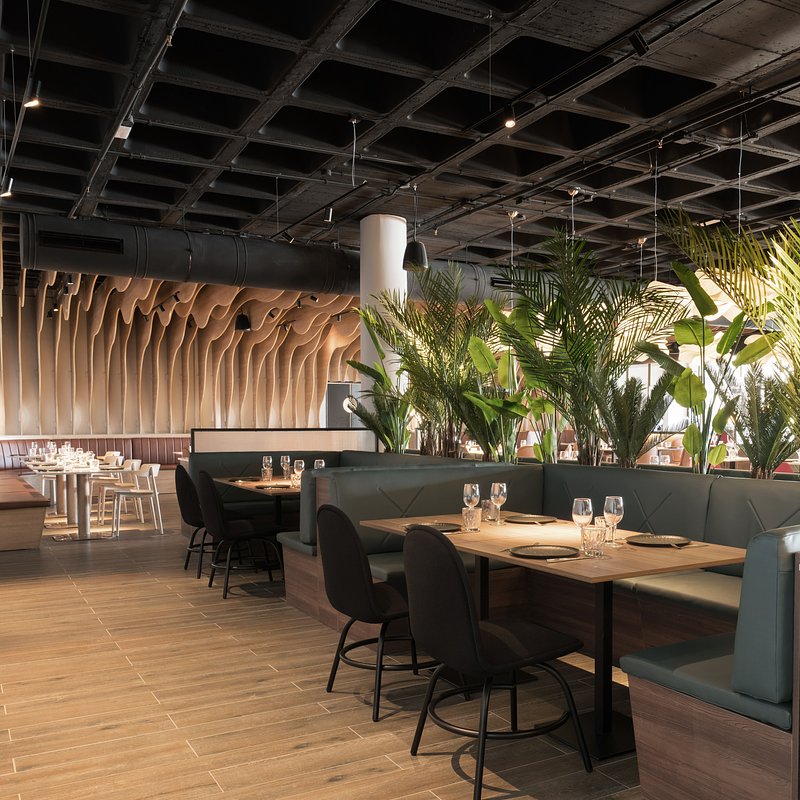 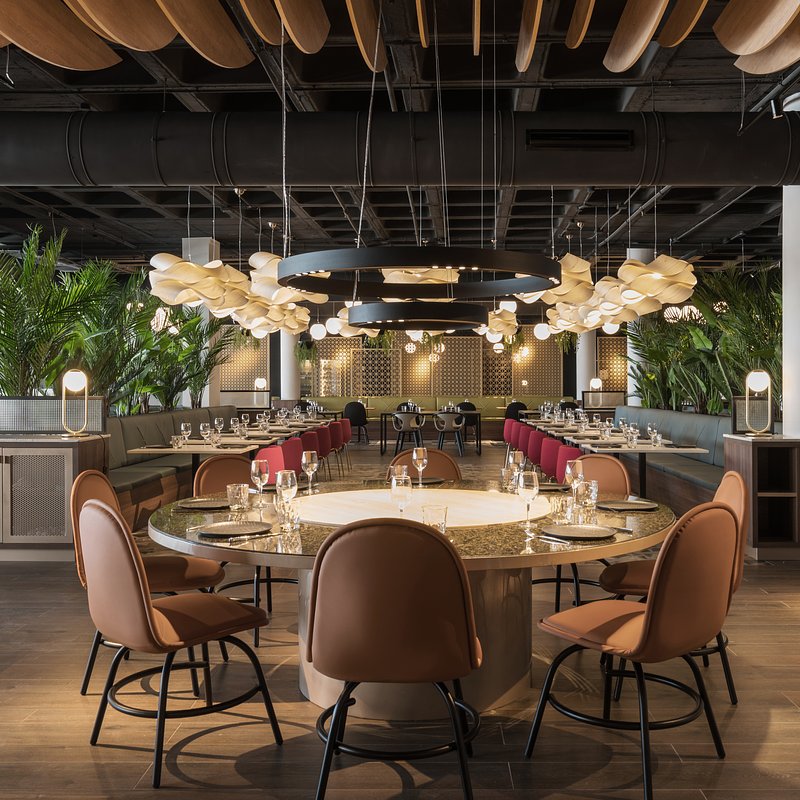 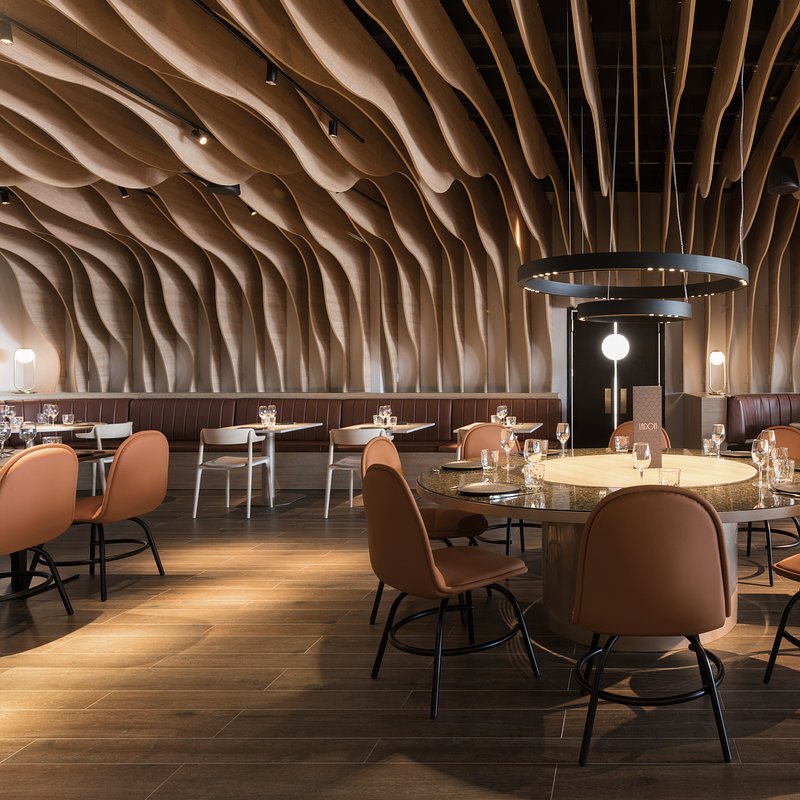 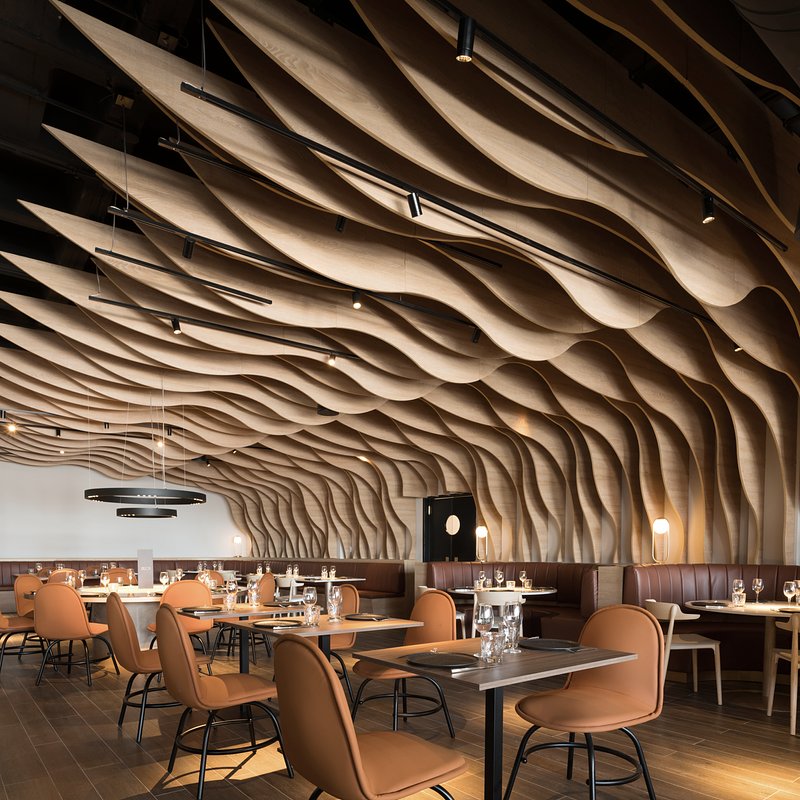 PONCELET, A CHEESE JEWELRY IN BARCELONA

“CULT OF CHEESE”
Powered by