GATE OF JADE OF THE THIRD MILLENNIUM

Designed by Italian architect Joseph di Pasquale, Guangzhou Circle still retains all its iconic nature and its character as a landmark building seven years after its inauguration. Since then it has entered the collective memory of the capital of the Guangdong province as one of the symbolic identities of the Chinese metropolis, a true southern gateway to the ‘Middle Kingdom’, but also a point of reference in the dialectic between East and West.
Inaugurated on December 16, 2013, the building is located in Guangzhou, in the Chinese province of Guangdong and houses the headquarters of the Hong Da Xing Ye Group, the world’s largest trading centre for plastic materials. In 2014, CNN ranked it among the ten most interesting buildings worldwide.

Guangzhou Circle rises on 33 floors for 138 meters in height and 85 thousand square meters of surface. It stands on the bank of the Pearl River on the southwestern edge of the city, at the ultra-modern south railway station of the high-speed trains. It is the tallest circular building in the world with the unique feature of an empty hole in the center - also perfectly circular - with a diameter of 48 meters.

THE URBAN IDEOGRAM
This is one of the first attempts to explore a new type of landmark building designed for the Third Millennium, no longer based on the Western and American stereotype of the vertical skyscraper that has too often been uncritically adopted in large Asian cities. Actually, architect Joseph Di Pasquale’s declared desire was to design a building with a strong iconic value which would differ from the vertical tower, looking for a possible source of inspiration in the characters of Chinese writing.
The Circle is in fact defined by its designer as an ‘urban ideogram’. 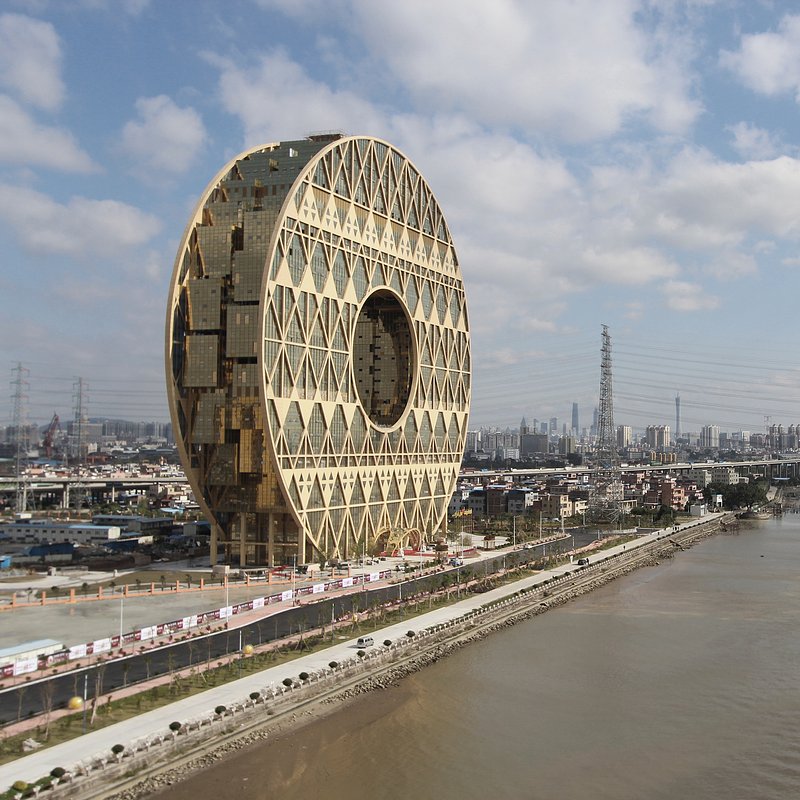 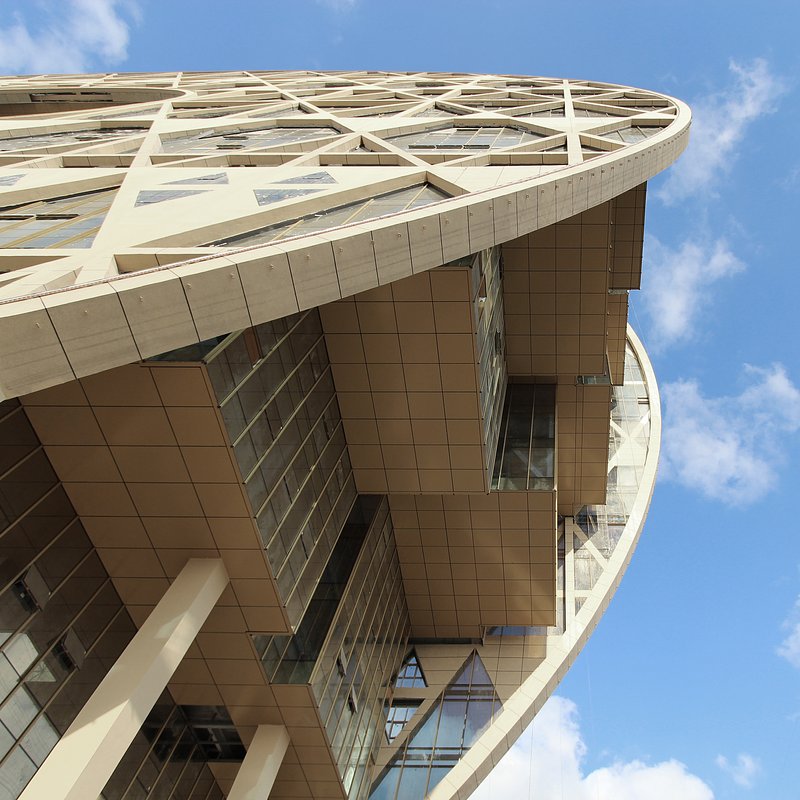 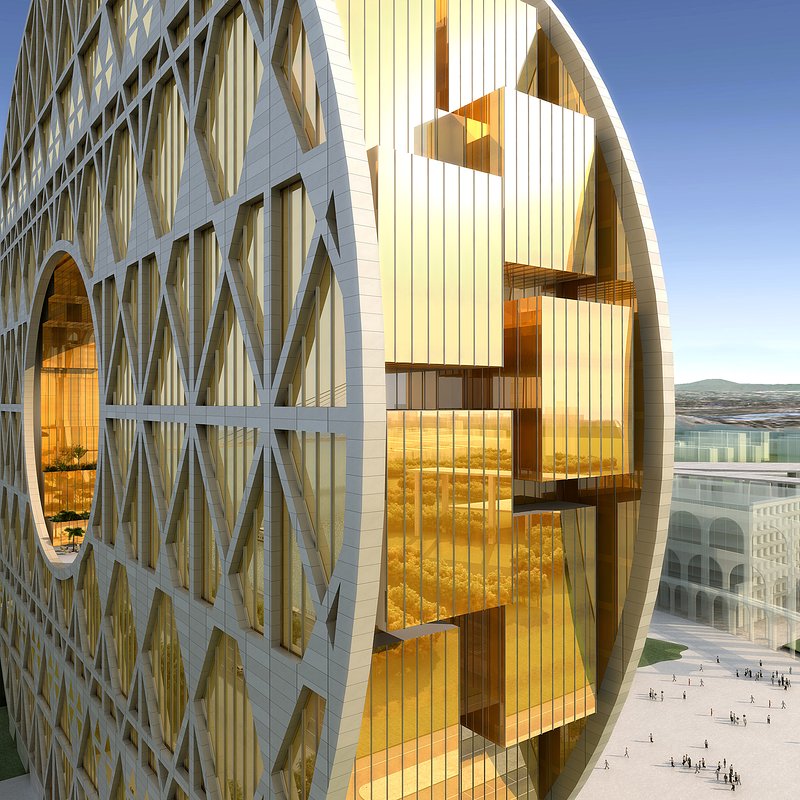 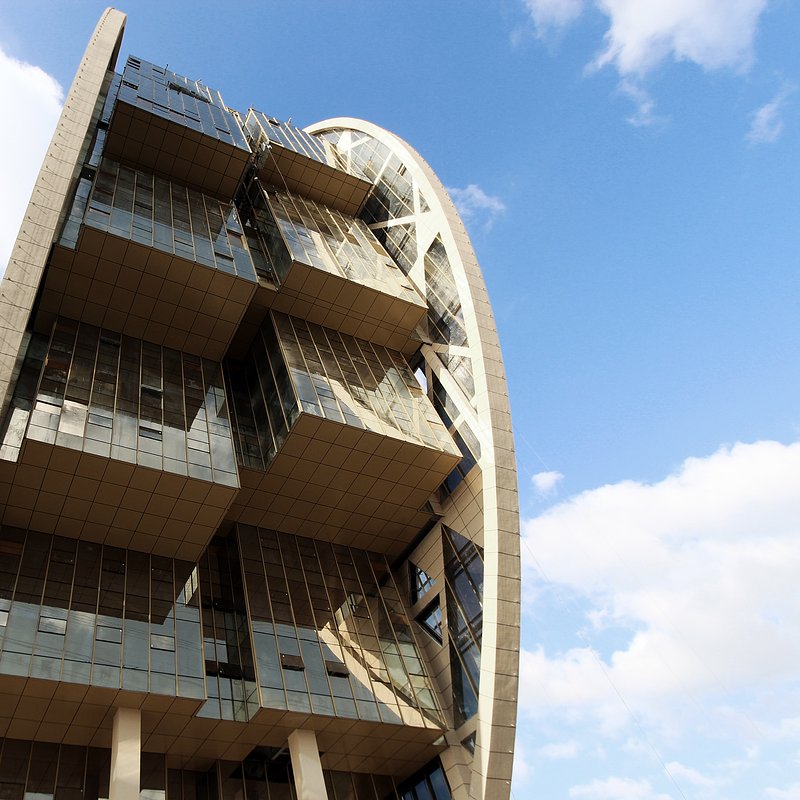 MEANINGS AND SYMBOLS
Many other meanings are linked with the shape of this building capable of creating a bridge between East and West and between Past and Present as well, from the classic jade discs with deep symbolic meanings, to the numerological tradition of Feng Shui.
In particular, the double disc of jade is the royal symbol of the ancient Chinese dynasty that ruled this land about two thousand years ago. The building, reflecting in the river water, forms exactly the same design: a double disc of jade. This figure also corresponds to number 8, which owns a strong propitiatory value in Chinese culture. On the other hand, the Western tradition is also present in the concept of the building and expressed through a clear reference to the idea of ‘squaring the circle’ coming from the Italian Renaissance: In fact, the two circular facades contain and also structurally support groups of suspended floors which bring the perfect circumference of the facades back to the orthogonal ‘square’, to make the interior space a place to live.

ROOTS AND THE EAST-WEST DIALECTIC
"Roots are essential to me" confirms the architect. "Comparison and exchange with other cultures is a must, but this does not at all mean moving towards the standardization of behaviours and mentalities; on the contrary, it will be leading to a greater awareness of one's values. Preservation of these values and link with tradition are my main sources of inspiration. In my opinion, they are the key to what I believe to be a culturally sustainable 'evolution' referred to a ‘solid’ identity, as it is well rooted in a core of values that should be preserved and protected. To me, 'preservation' is meant to be a necessary condition for 'progress' understood as constructive 'evolution' as opposed to 'progressivism' intended as a destructive evolution of one's identity, both as individuals and as a community."
Joseph Di Pasquale sums up his vision of the East-West dialectic as follows: "With respect to the dualism between Western and Eastern culture that runs through our entire history, it is important, for a correct approach, not to adopt an attitude of 'choice' and ‘prevalence’, since the presence of ‘another cultural self’ becomes an essential and existential condition of one's own identity.” In the years following its construction, Guanghzou Circle has been identified as one of the symbolic buildings of the city of Guangzhou. Its image has been used on plenty of occasions, in official posters and advertising pictures to summarize the forma urbis of the Chinese metropolis by interpreting its role of great urban  'Gate of Jade'. 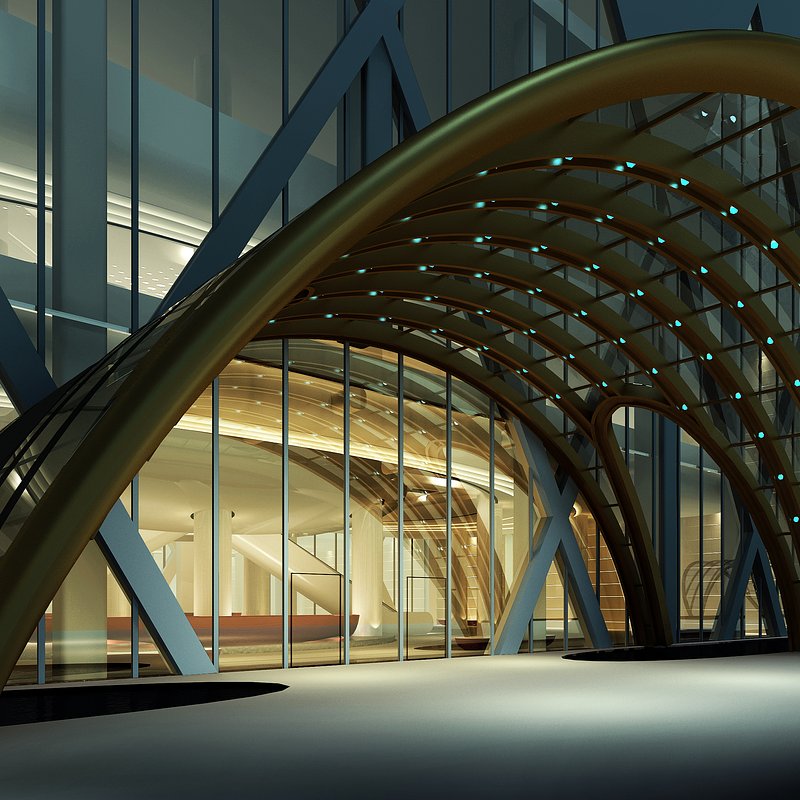 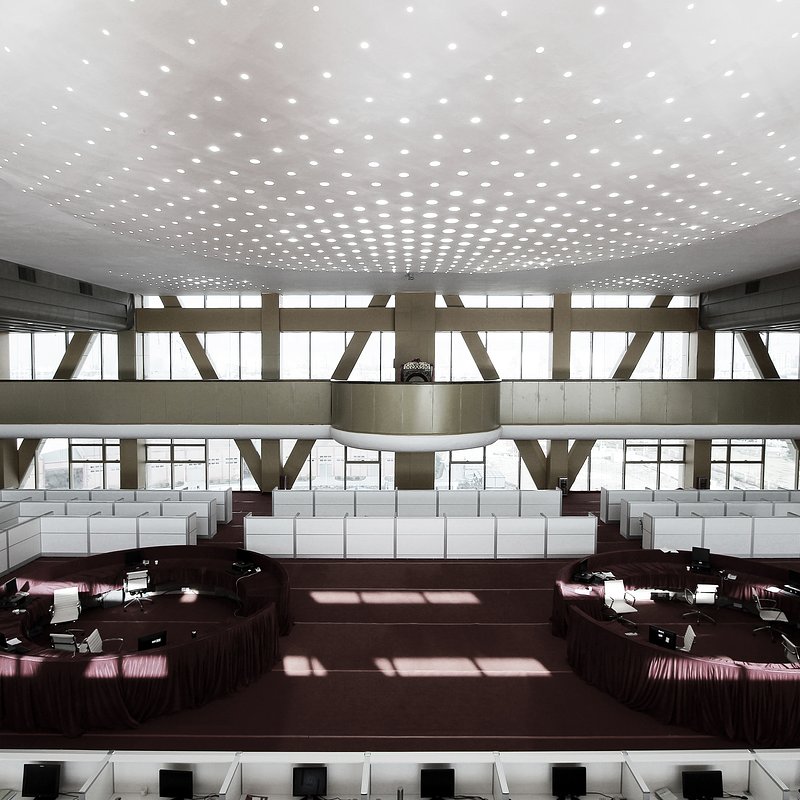