THE PROJECT OF A HOUSE IN THE HINTERLAND OF MILAN

by Mariani Design and More 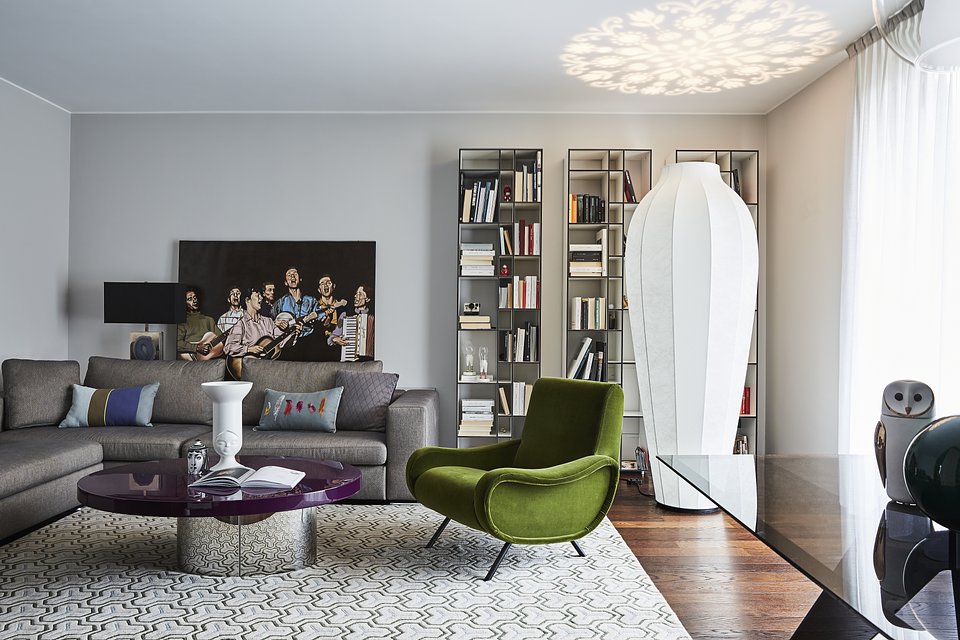 For three generations, Mariani Design and More has been offering high-profile design solutions, shifting the craftsmanship of the old established furniture workshop to the difficult art of today’s turnkey projects. From their studio based in Arluno, architect Maurizio Morazzoni and engineer Gaia Morazzoni take care of each client through an exclusive approach capable of satisfying the customers’ requirements with sensitivity and through interpretative keys oriented to the taste and personality of those who will live in the house.

The construction of a house on a pre-existing structure is the clear demonstration of the ability to meet the needs of a client who is certainly attentive to beauty, but also very demanding in terms of functionality and living comfort."We entered this project in 2019 at the beginning of a renovation - says architect Morazzoni - starting from a very specific element: a staircase with a classic one-meter-wide structure. With the aim to give personality to the house, the first intervention concerned the staircase which was gradually enlarged to remind of the stair of an old-time villa." It dates back to the 1940s and the designer found it appropriate to maintain a contemporary aspect in the physiognomy of the house, opening the staircase at a twenty-degree angle, widening it and making it more important and open, so that, when going up, those who enter can perceive the entire width of the living room.
The fireplace positioned in the centre of the room arises by reflex, representing the section of the staircase itself transferred vertically. On both sides of the fireplace, 'openings' of different shapes have been inserted which, descending from the staircase, allows it to be used like a telescope capable of giving a sense of depth to the living room area. The triangle of the staircase steps is also taken up on the fireplace, behind which all the audio and video systems and the air leaks for heating have been inserted and hidden, without unsightly grids being visible on the façade of the fireplace itself.One side of the fireplace has a smoked mirror in front of it, that gives a sense of expansion and helps create an optical effect of resizing the furniture in the space. On the opposite side the TV set is embedded to eliminate any thickness that could upset the alignment of the parts. 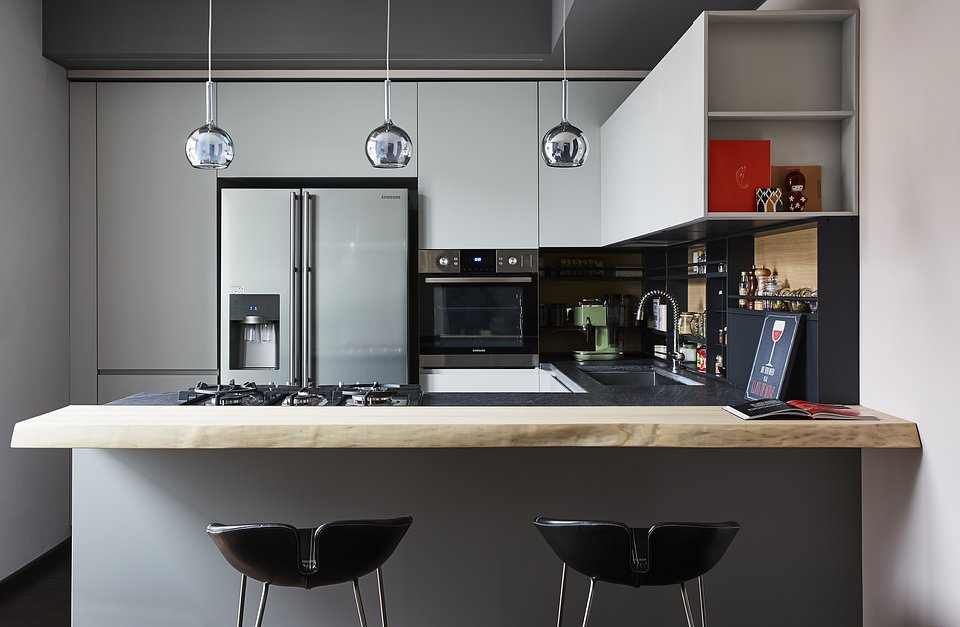 The two lateral sides have an aesthetic function as well. On one side there is a niche facing the entrance that houses a vase, in order to avoid a full wall looming over the entrance and this side becomes a sort of showcase. On the opposite side the heads of shelves are meant as if they were suspended blades. In front of the fireplace, which is at floor level, a sheet metal was mounted to look almost like a 'metal carpet'.The staircase and the fireplace, strong pivotal signs of the project, are made of wood, in particular, iroko for the staircase and the flooring in the living room and natural oak for the fireplace. The blue coloured parts are also made of wood, with a lacquered finish. "We started using the blue colour already a few years ago – says the architect - anticipating a trend that today is establishing itself as a fashion nuance."

The 'hole' in the wall of the fireplace is outlined by a very faint pink line. The three-dimensionality of the staircase and the fireplace have been recalled in the ceiling, where it is easy to see the gray projection of the staircase; a gray outlined with a very thin pink line capable of giving three-dimensionality. Everything that happens on the staircase and on the vertical of the fireplace can also be found on the ceiling."It is as if we had exploded the project - explains the architect - by transporting the sections on the flat surfaces of the ceilings and floors, to reduce the sensation of the 'massiveness' of the fireplace. Whoever enters the room hardly perceives this mass and only later, when entering and walking around it, it is possible to read the different shapes of the four sides of the fireplace.”The kitchen has a double sliding glass door in smoked glass which, once opened, transforms the kitchen and the living room into a single open space, with a fairy different interpretation in its different aspects.It is important to underline how, illuminated from inside, the kitchen doors create a transparent, silver and smoked light effect, the same light effect produced by the glass table, also smoked, while chairs recall the natural oak of the fireplace. "We are in a house of memory - says the architect - where the massive kitchen snack shelf has been obtained from a section of oak trunk in which the moved part is that of the slightly cleaned and precious bark to recall the ancestral nature of the planed raw wood. The same concept is taken up as a line above the matt lacquered kitchen cabinets featuring a textured marble top with a flamed effect, to generate a further correspondence."

This space of about 120 square meters has a very light and essential living room, dominated from both an aesthetic and a lighting point of view by a large lamp which, when turned on, creates a floral design on the ceiling, conceptually taking up the outdoor garden. A laminate bookcase white with very low thicknesses and an armchair of memory are completed with a nice carpet on the floor. The colours and shapes of both coffee table and carpet were created to integrate with the overlooking outdoor garden, giving continuity to the space, even in seasons when the outdoor area cannot be used.The house extends over two levels plus an attic floor, for a total of 250 square meters.

by Mariani Design and More

by José Manuel Ferrero
Powered by