Project: Studio Svetti Architecture | Emanuele Svetti Architect
Photo credits: Andrea Bortolozzi Photographer
Category: Flagship
Area: 60 meters
Start of Work: October 2018
Status: Completed December 2018
Location: via Frattina 117 – Rome
"60 years of history inside one bag”. Here begins the rebirth of the historic Tuscan brand Braccialini. In 2017 with the acquisition by the important goldsmith group of Arezzo Graziella, who, after a brief period of economic and financial reorganization of the company, started in mid-2018 to study a strategy for relaunching the brand. This included the study of the image concept of both existing and newly opened stores, entrusting Studio Svetti Architecture with the development.
The concept was born and inspired by the idea of the "Diary of Braccialini", a block of white sheets to be filled with ideas, sketches, the preparatory drawing made of capacity and speed of thought in the multiplicity of its manifestations, in view of the final draft of the work, in this case - the shopping experience.
For this reason the space was originally conceived as a large black and white checkered notebook, able to accommodate every product as if it were a drawing; the gesture of a child or a student, colorful and irreverent in the way only Braccialini products are known for.
However, for the new property the "net" created by the checkered pattern, whilst celebrating the product, forced it into a stereotype of "sign precision" as opposed to what could have been achieved with a completely white sheet.Hence the evolution of the new concept for the Braccialini stores in the world. The space shows as a huge 3D sketch in black and white outlined by black borders. It simulates the gesture of the artist who somehow "is animated", becoming a dreamlike, as are the blocks of sketches of any artist, be it a stylist, an architect or painter. Dreams are precisely the products of the fashion house born in 1954 from the creativity of Roberto and Carla Braccialini.
From an idea, the first flagship store in Rome in via Frattina was quickly created. A place where the play of contrasts between the white background and the black of the contours stands out between soft lines and rigorous geometries.To characterize and reinforce the concept of the new store, the custom furniture elements designed by the Studio, recall the world of stationery. Looking at the store, pencils can be seen leaning vertically to support the bags of the new season, as well as points that float free in the glass space or “macro” clips that hold up the lines of t-shirts and accessories. The cap of a Bic pen that turns into an exhibitor for the line of iconic bags and finally, the padded bench, which is nothing but a giant eraser and the case that takes shape from a pencil sharpener. In short, inside the store the "stationery" acquires a new function, the one of an exhibition element capable of emphasizing the already strong character of Graziella Braccialini products.
An exercise in style is to bring the product back to the center of the store, playing with irreverence and irony with the furnishing elements, along the lines of what the Florentine brand has historically always done with its’ iconic bags.
The final effect is a huge wire drawing where every single product is celebrated and brought to light. 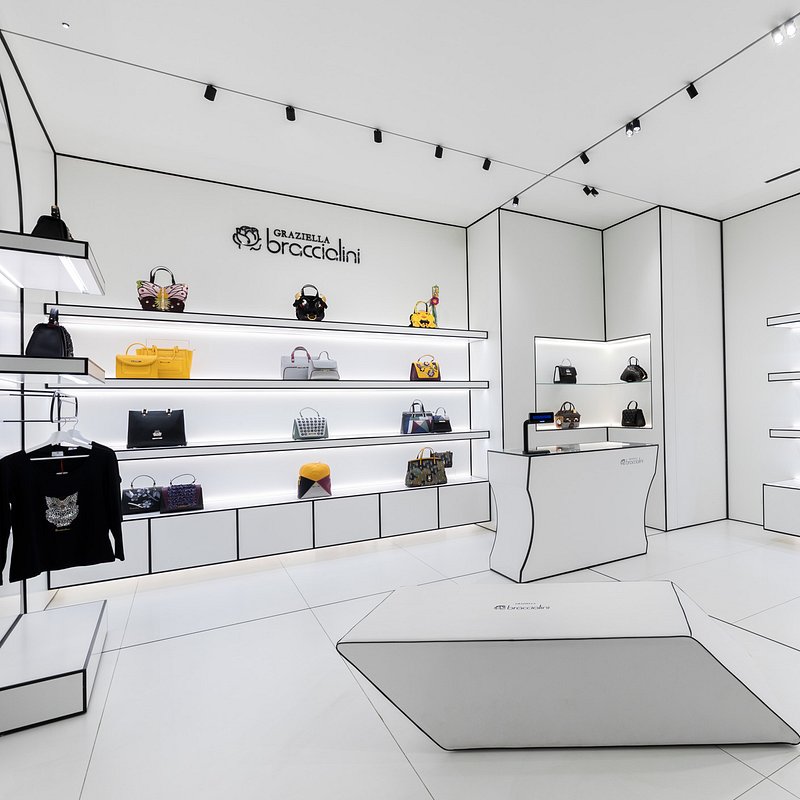 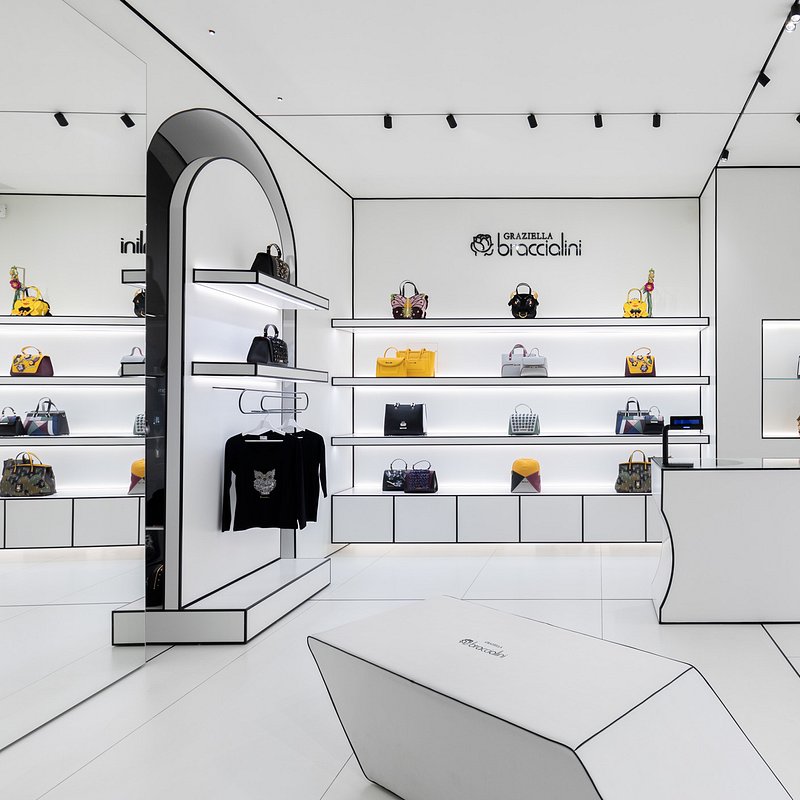 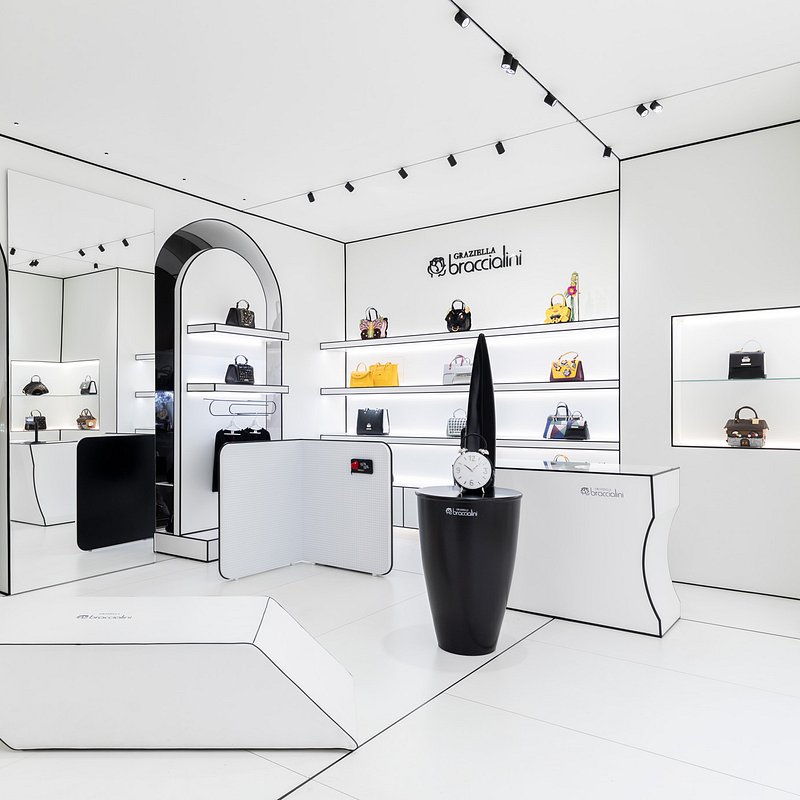 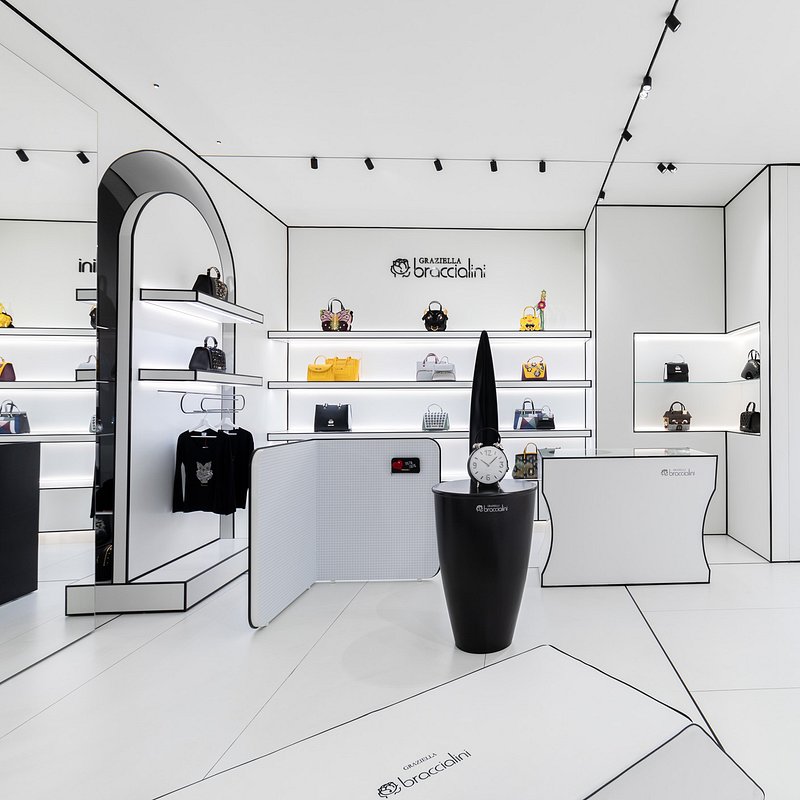 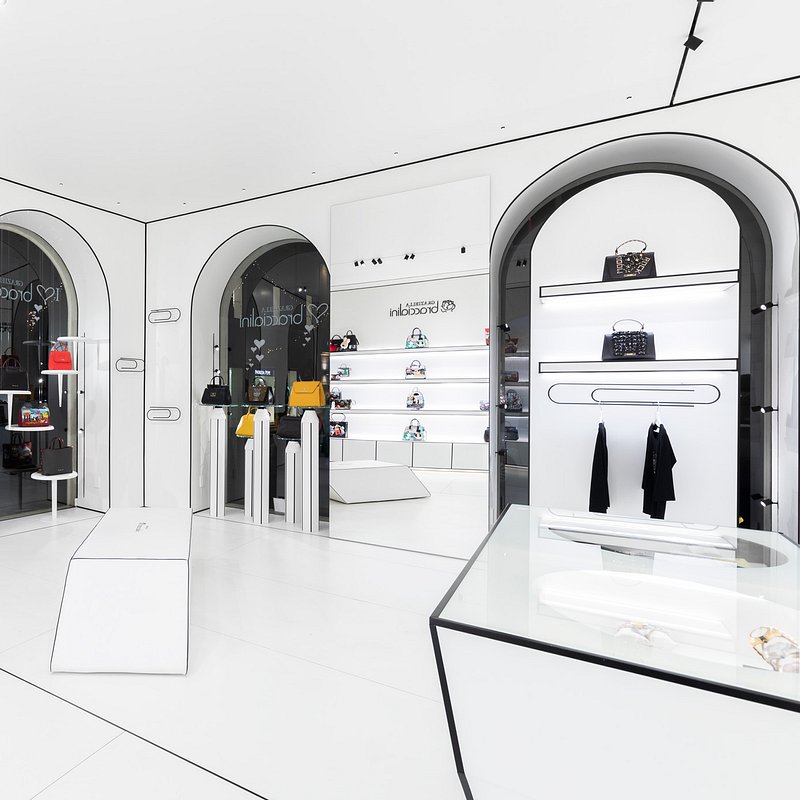 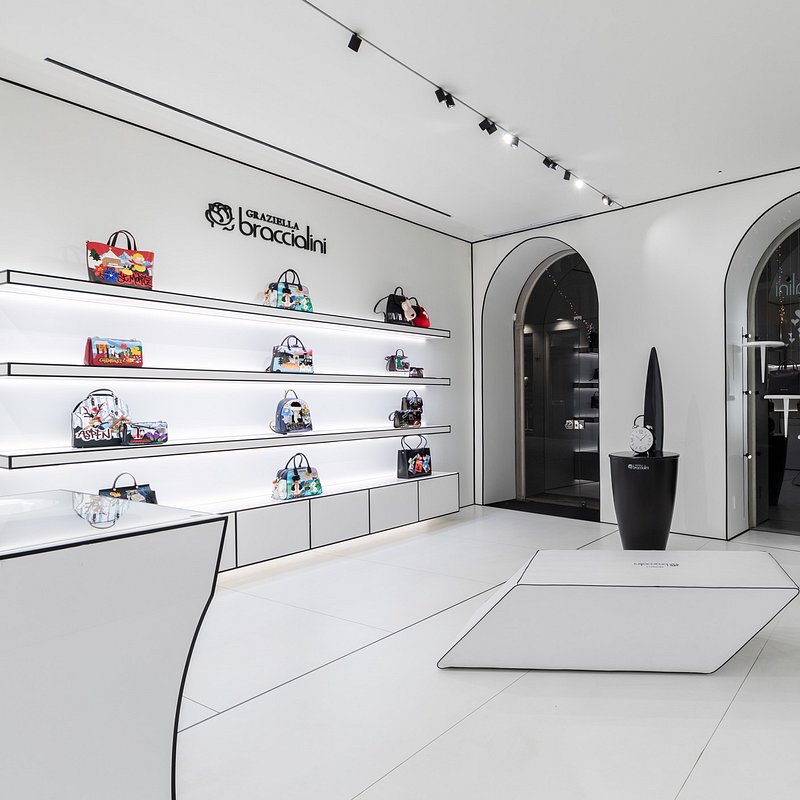 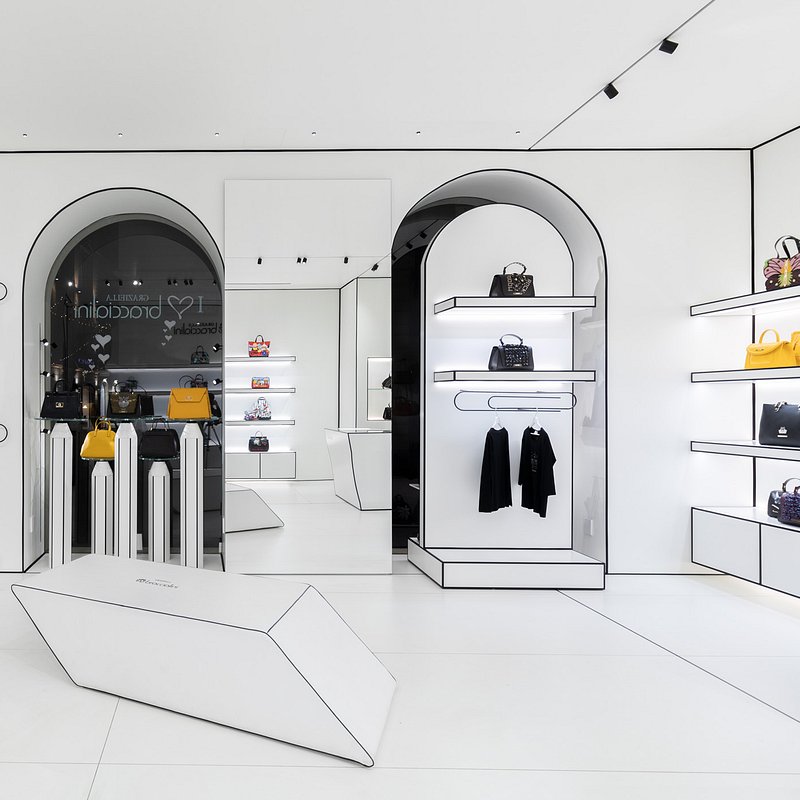 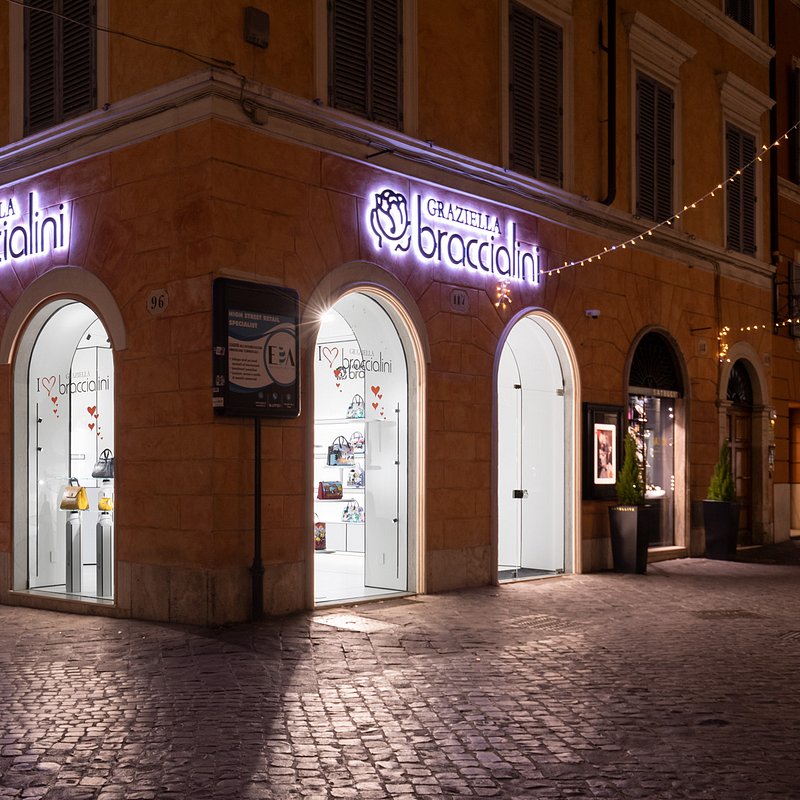 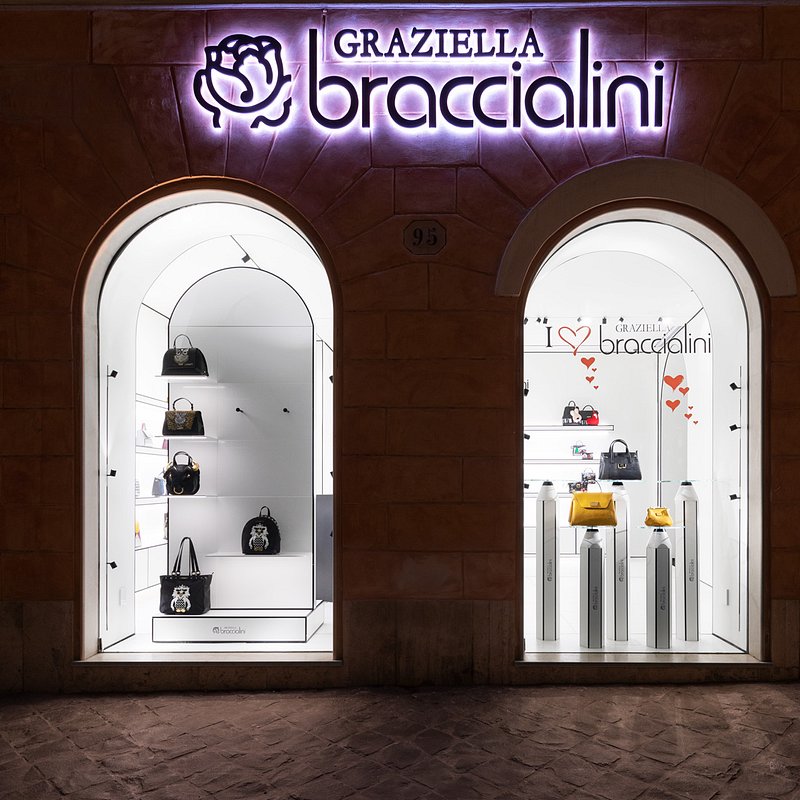 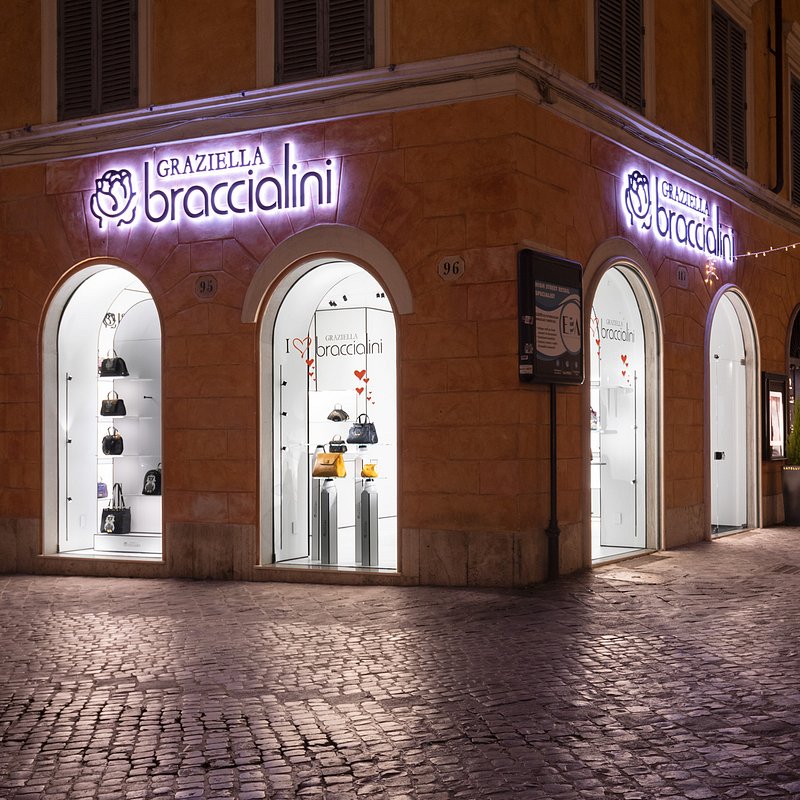 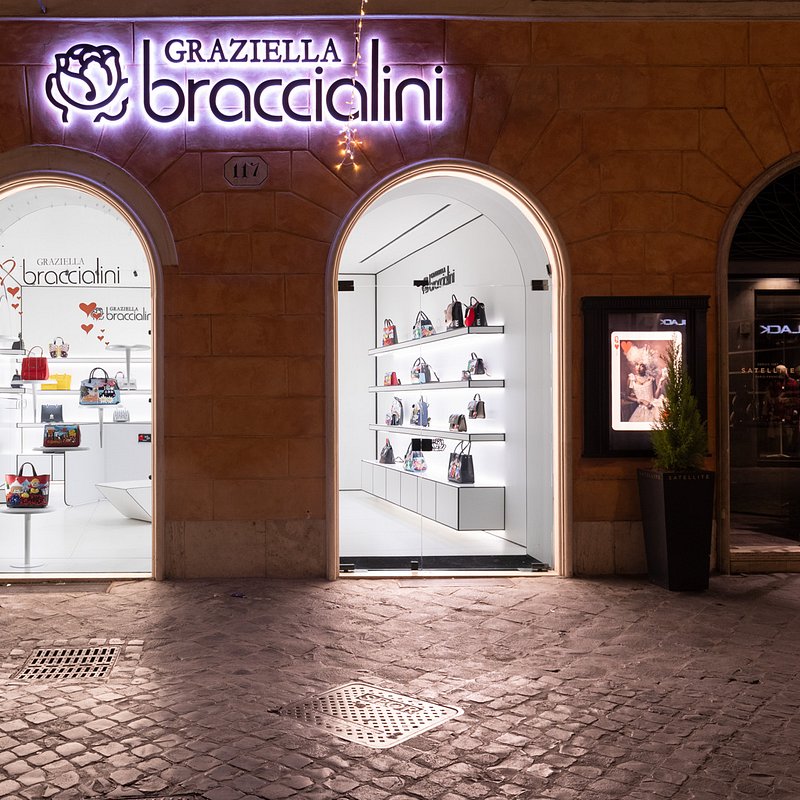 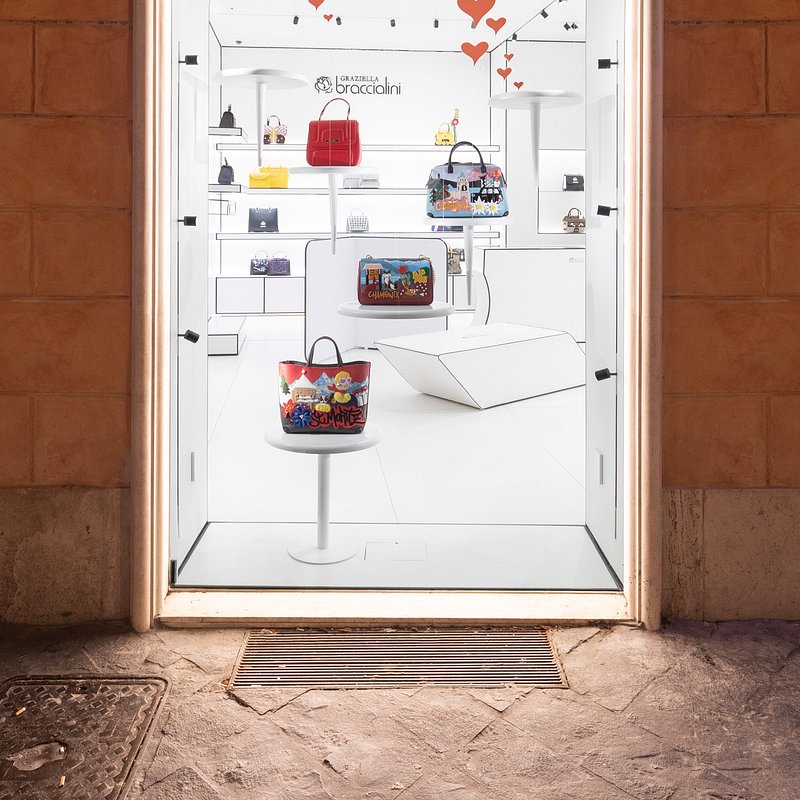 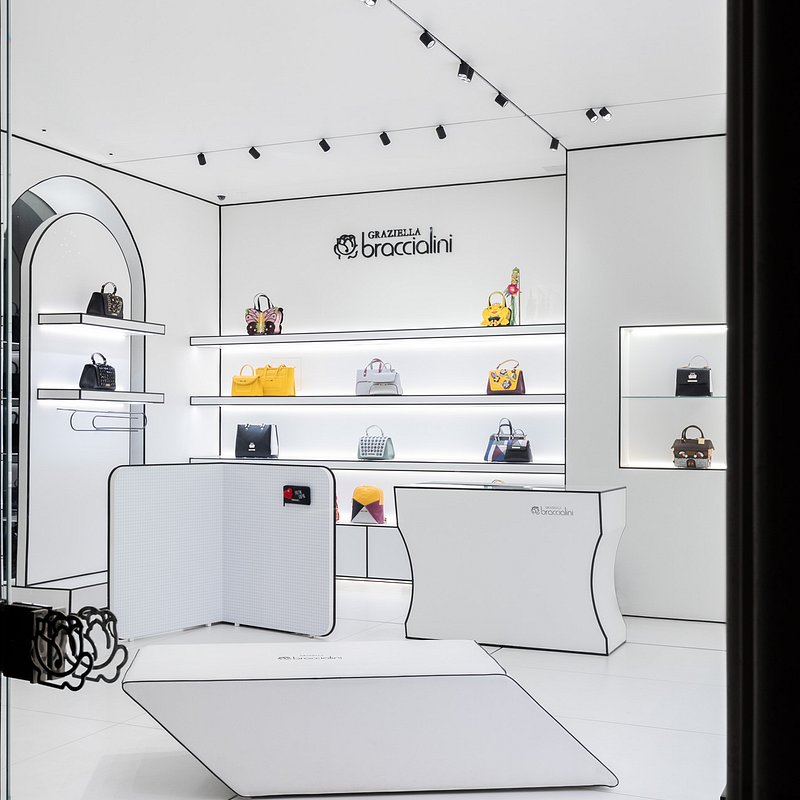 In 2018, the project for franchising Porcobrado restaurants started with a formula inspired by the proven model of street food and Angelo Polezzi, owner of the foster age of ancient breeds that now counts more than 100 years of history, decided to involve the architect E...